The second transnational meeting was hosted by TUL in Kisakeskus, Finland. It was an intensive and fruitful experience. A 4 days and half of training camp where the group of 25 young members of sport organizations, coming from Italy, Spain, Estonia and Finland had the opportunity to participate in the special framework of Kisis Camp.

The camp had the aim of developing skills of leading and management in the field of grassroots sport. According with the needs mapped in the first transnational meeting in Tortosa, the trainers’ team coordinated by the project manager organized the camp and delivered the training. The camp wasn’t only a training course, but a balanced mix of training modules, sport, cultural and networking activities.

According to the mapped training’s needs, the camp was divided into three modules:

The trainer Riku Ahola worked on the developing of skills for the management of group interactions and conflicts.

Anu Rajajarvi and Susanna Mantioni aimed at developing skills and knowledges on which the main criteria a young leader should keep in mind when he is going to organize an initiative at grassroots sport level, in particular financial and logistic aspects.

Cosimo Renzi involved the group of young people in a learning by doing activity aimed at developing skills of public communication and organization of events. The group was asked to design, organize and manage the seminar that has been held in Helsinki with the goal of present the project. At the seminar the project had the pleasure to host some important managers and roles, such as Sirpa Paater, Birgitta Kervinen, Riku Tapio, and for the final speech the CSIT president Bruno Molea.

It was a group work in which every participant has his own role in the seminar organization.

Hereby the Agenda of the Seminar:

Anu Rajajarvi – Member of TUL Board

03:25 p.m. “My personal path as a sport leader.” Three leaders talk about their stories.

During the seminar, three promotional videos aimed at promoting the project, recorded and edited by the participants during the camp, were presented (link ai video).

During the meeting, since intergenerational dialogue is one of the main pillars of our project, the participants had the opportunity to meet 4 managers and leaders in grassroots sport who gave to them a lot of useful suggestions and advices in order to become the next generation of leaders:

Moreover, the participants were able to directly experience several sport activities, since if you want to organize something before you have to participate and do it.

According with the skills and knowledges developed during the YOUAca training camp, the participants are asked to work on some tasks aimed at increasing and exercising that skills through some learning b doing activities. The national coordinators will involve them in the design of project idea and promotional video of activities and initiatives of their grassroots sport organizations at national level.

The learning by doing phase can start! 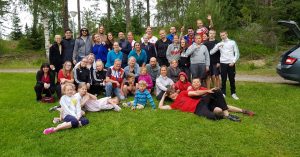 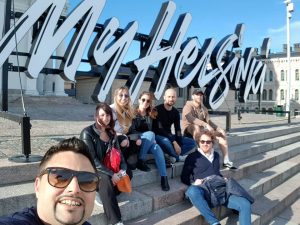 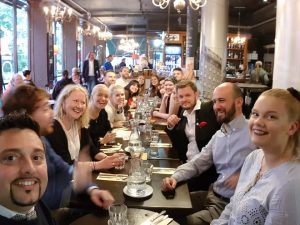